Hello, I attach a photo which illustrates the problem. It is transient and rare, but it happens on a 4k display. 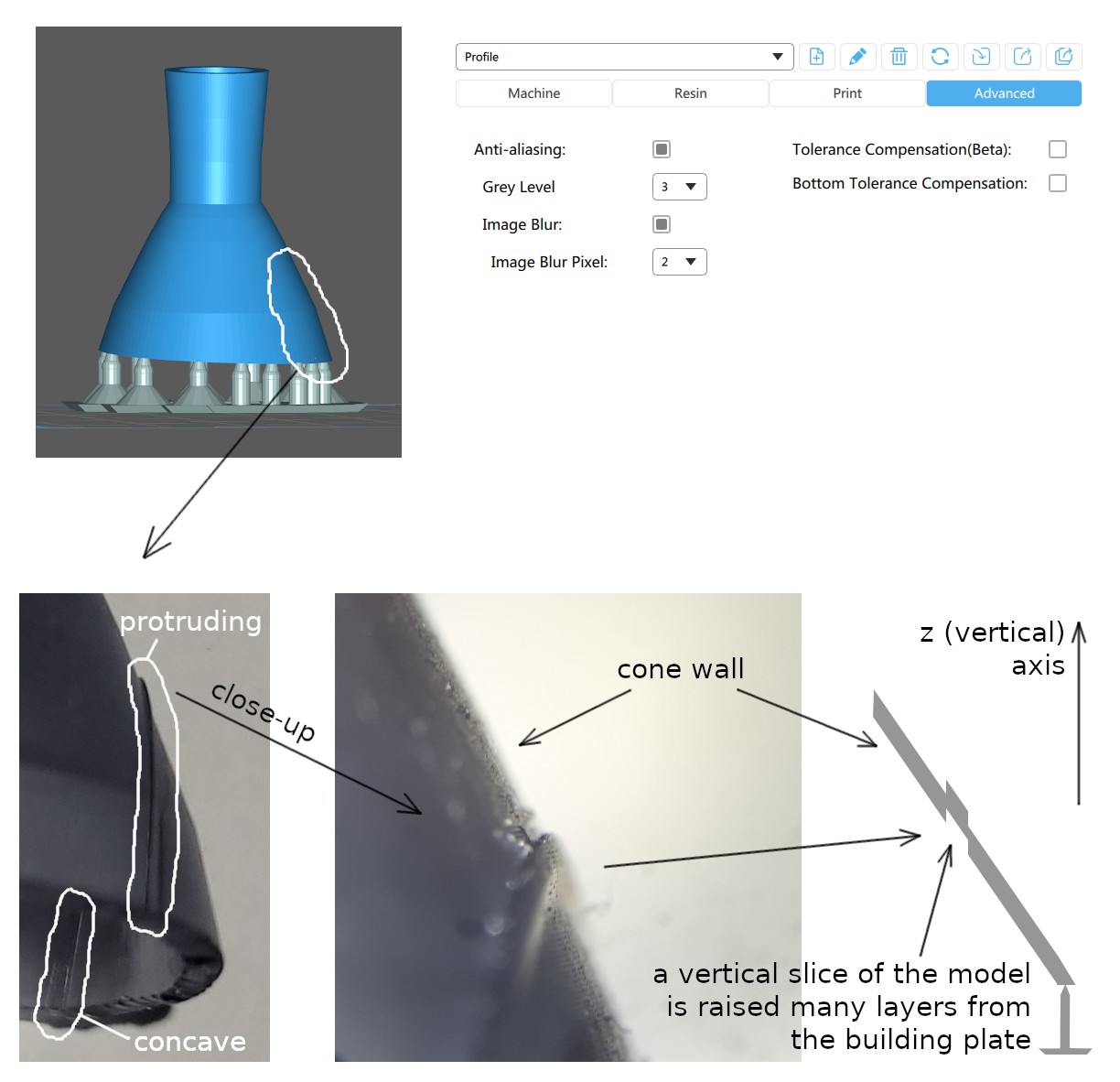 It happened when I placed 8 of such cones around a large, complex model, because there was still room left on the build platform. Only two cones were affected. In the newer version of the same project, no cone has been affected, so the bug seem to be transient.

Look at the zoom: the two parallel shear surfaces contain a normal, regular layering, so it looks like a slicer error, whcih shifted a vertical slice by about 10 layers.